Learn about the features, benefits, and limitations of each extension to make an informed decision. Get started today and start recording your screen with ease. 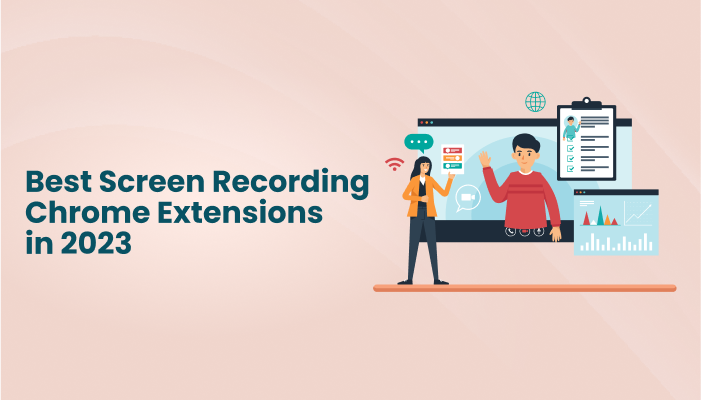 Screen recording extensions allow users to capture their computer screen activity and save it as a video file. These add-ons, which can be installed on web browsers like Google Chrome and Mozilla Firefox, are frequently used to produce tutorials, demonstrations, and other types of video content.

There are several screen recording add-ons available, and each has unique capabilities and functionalities. Popular options include Loom, Screencastify, and Nimbus Screenshot & Screen Video Recorder.

One of the key advantages is that using a screen recording extension makes it simple to record and share screen activity without the need for specialized software. These tools are typically user-friendly and offer a variety of customizing choices, such as the ability to record audio and add comments to the recording.

However, certain screen recording add-ons could have limitations or drawbacks. For example, certain extensions might only allow you to capture a specific portion of the screen or function with certain operating systems. Additionally, some extensions may require a subscription or purchase in order to access enhanced capabilities.

Overall, screen recording extensions can be a useful tool for creating and sharing video content, but it's important to carefully consider the capabilities and limitations of various options before choosing one. 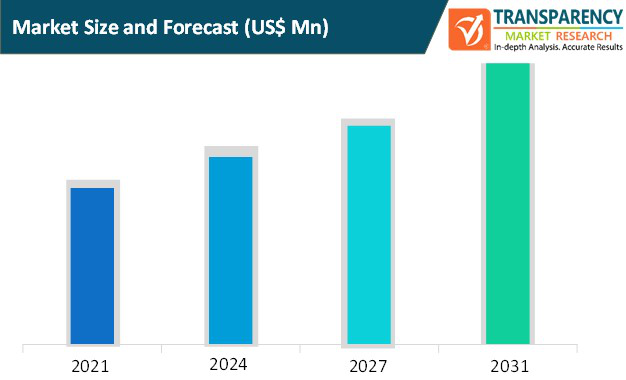 There are many benefits to using screen recording extensions, which let users record the actions on their computer screens. The following are a few possible benefits:

Better Teamwork and Communication: When giving a presentation or demonstrating how to use a particular piece of software, screen recording extensions are useful for recording and sharing information with others. This can improve cooperation and communication within a team or group.

Enhanced Productivity: By enabling people to create instructive and visual aids that are simple to share and access by others, screen recording extensions can help people work more effectively. Productivity can be increased by doing away with the need for detailed explanations and allowing users to focus on their activity.

Enhanced Learning and Training: Screen recording extensions can be used to create instructional videos and other learning resources, which can be a helpful tool for instructing and teaching others. These recordings can be used for reference or as a study tool, which aids in the learning and retention of new information.

Enhanced Customer Service: Videos explaining how to fix common problems or responding to frequently asked questions can be created using screen recording extensions. This tool can help with both customer support and improving the overall user experience.

Greater Accessibility: Videos with closed captions or other accessibility features can be produced using screen recording techniques, making it easier for persons with disabilities to access and understand the content. 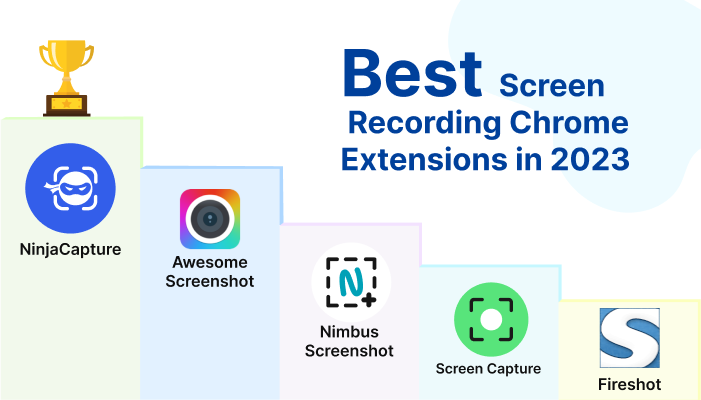 The top Google Chrome screenshot plugins for online screenshotting are listed below. 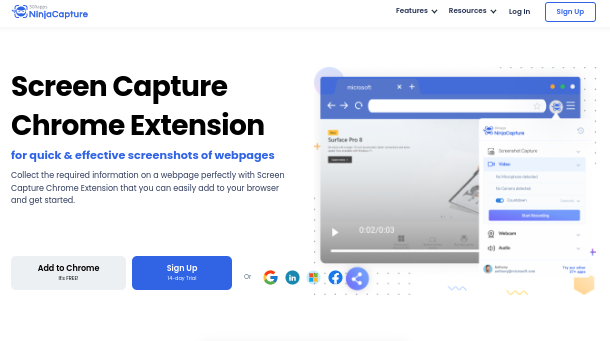 Ninja Capture Screen Recording is a powerful programme for taking pictures and recording video from your computer screen. It makes it simple to capture high-definition video of your desktop, programmes, and games as well as audio from your microphone or system sound.

One of Ninja Capture's standout features is its capacity to record video in a number of formats, including MP4, AVI, and GIF. So, you may choose the format that best suits your needs whether you want to create a video instructional, advertise a new game, or simply record some gameplay footage for later viewing. 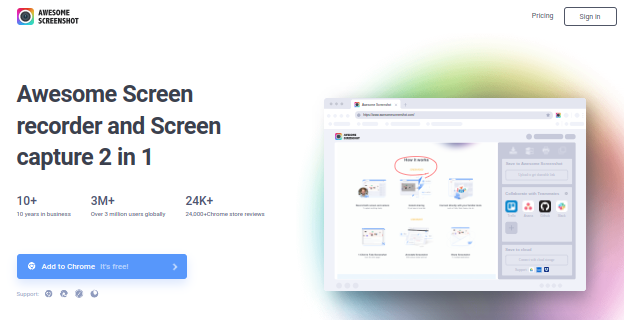 Awesome Screenshot provides a plethora of strong functions. This enables you to take screenshots as well as annotate and black out specific portions of them. 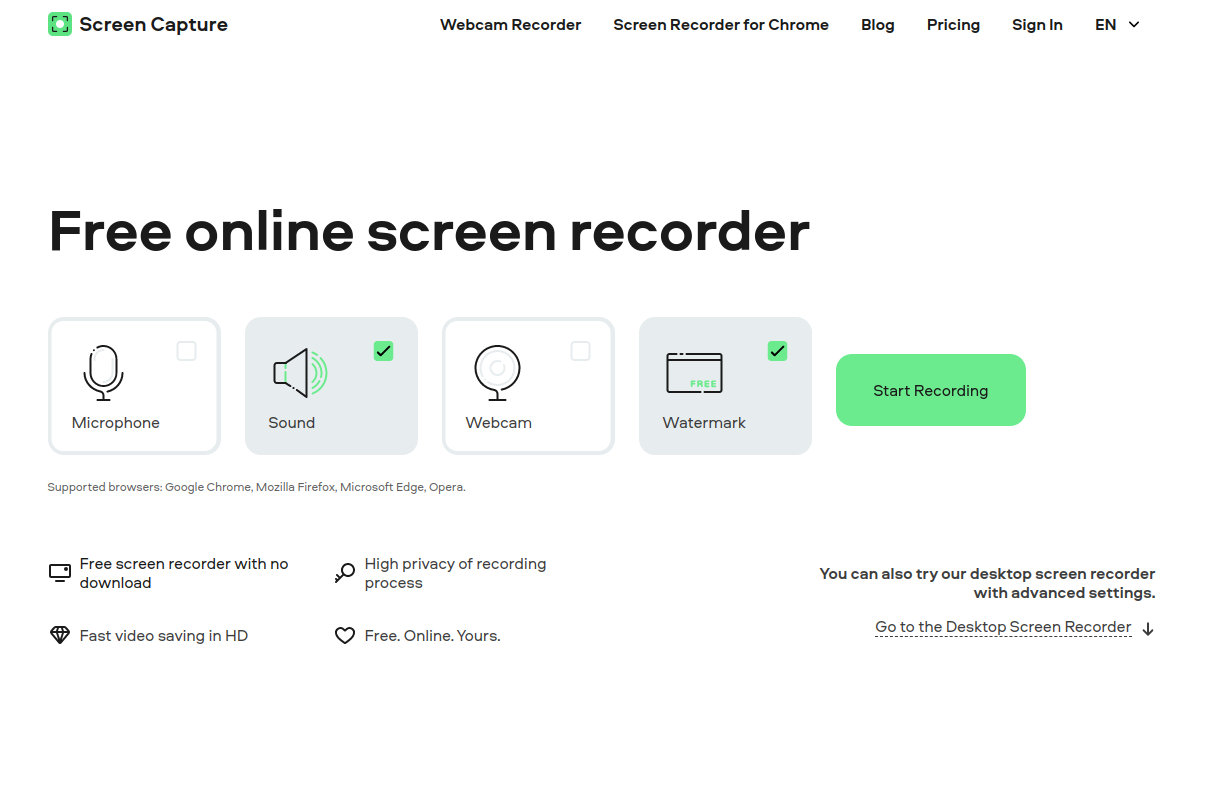 A screen capture tool, a type of software, allows users to record their screen activity and save it as an image or video file. The creation of instructional videos, live demonstrations, and other visual content typically uses these programmes. 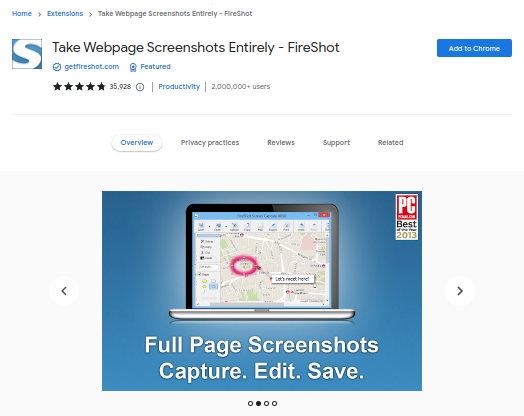 With the robust and cost-free Fire shot screen recorder, users can capture and record their screen activity. This includes demonstrations, lessons, gameplay, and streaming sessions. 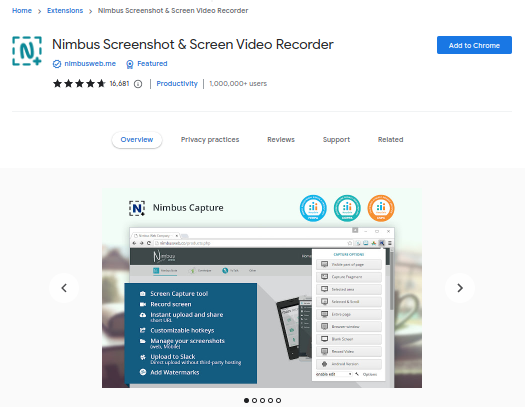 Users can capture and record their displays in HD video format using a screen recorder called Nimbus Screenshot. It can be used to provide presentations to a larger audience, demonstrate software, or create educational movies. 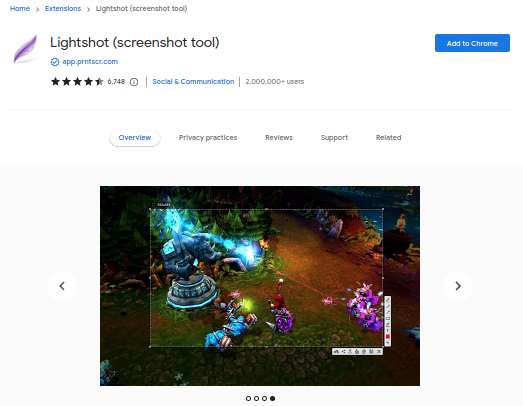 LightShot will be your best option if you're looking for an easy-to-use and practical Chrome extension to take screenshots. With just a few clicks, any piece of a certain website can be duplicated and shared. 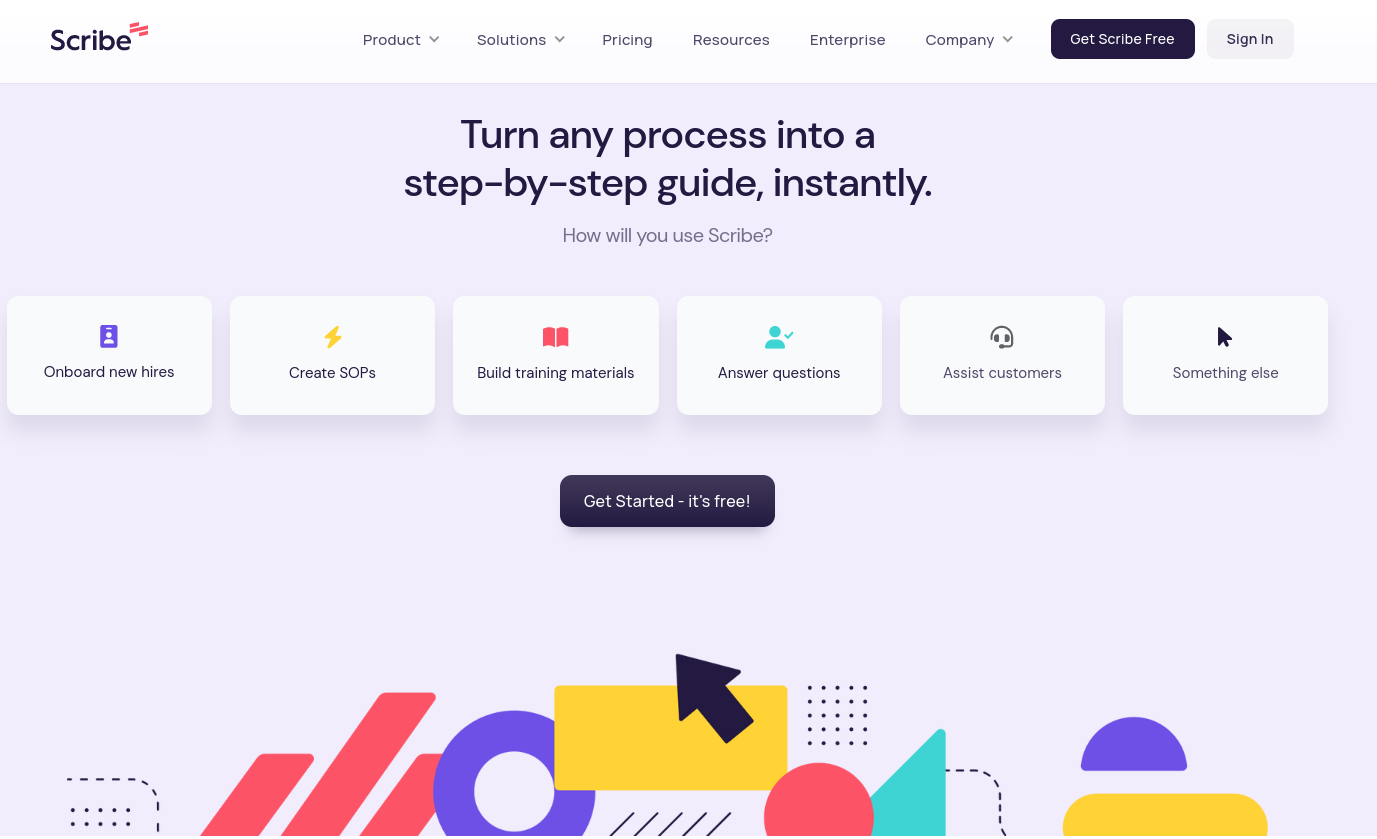 Users can record and edit video of their computer screen with the aid of the well-known screen recording application Scribe. It offers several features that make it easy to create excellent films for a range of tasks, including training, presentations, and tutorials. 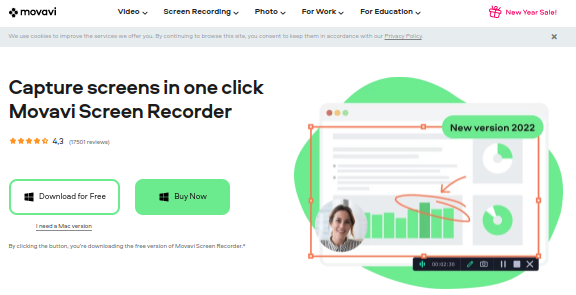 The screen recording programme Movavi Screen Recorder allows you to capture video, audio, and computer screen activity on your computer. It can be used to create screencasts and other types of instructional and instructional videos. 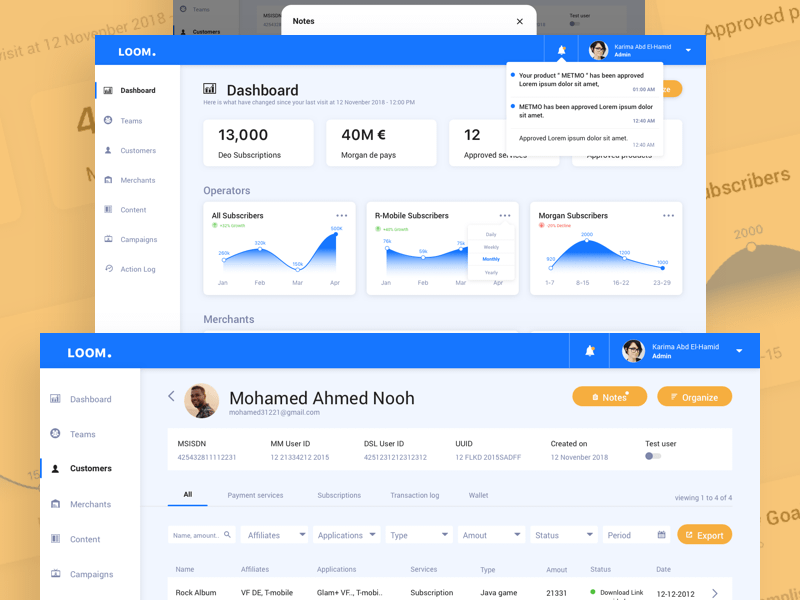 Users of the Loom Chrome extension can use this screen recorder to simultaneously record their webcam, audio, and screen. It is a simple and user-friendly tool that can be used for many different things, such as creating video lectures, recording meetings, and sharing presentations. 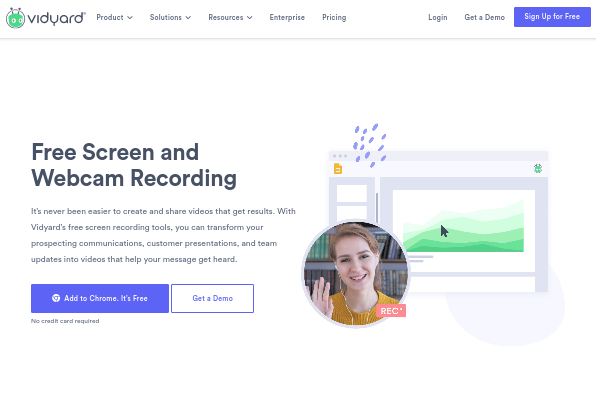 With the capable Vidard Chrome Extension Screen Recorder, you may record your screen and audio while using Google Chrome. It is perfect for creating presentations, tutorial videos, or demos.

Having suites that cater to specific business sectors, including marketing, HR, and sales, might be useful for a number of reasons. The 500apps suite, for instance, offers a number of tools and programmes that are expressly designed to promote business growth. These tools can help companies streamline their operations and boost overall effectiveness. Among the marketing tool packages offered by 500apps are services for social media management, website analytics, and email marketing. This makes it easier for businesses to plan and implement campaigns, track their success, and get vital data about their target market. Overall, the 500apps suite is an excellent tool for businesses looking to grow and prosper in the competitive business environment of today. The 500apps suite offers a number of tools and applications that are suited to specific business categories, which can help firms improve their operations and achieve their goals.

All-in-One Suite with more than 50 apps

Everything you need today and in the future for all departments

Unbelievable value - the lowest pricing you will ever find

Hosted in 6 locations for compliance and blazing speeds

Managed and maintained everyday by a dedicated team

No downtime - comes with a 99.9% uptime guarantee

Supports a number of international languages

We've everything covered - 90k+ trust us with their business

Get real-time collaboration, secure messaging, and more for your team with our comprehensive selection of powerful tools.

Our software integrates seamlessly with existing applications and provides secure access to all of your enterprise resources.

Monitor when your emails are opened and read, set reminders, and get real-time notifications when someone interacts with your message.

When choosing an Applicant Tracking System in 2023, it's important to consider the options and select the best one for your organization. There are a variety of ATSs available on the market with varying features, functions, and price points. It can be difficult to narrow down the choices and make an informed decision. This article will explore some of the top 15 Applicant Tracking Systems (ATS) of 2023, so you can decide which is right for you.

Top 11 HRMS Software for Enterprises in 2023

Today, human resource management is critical for enterprises of all sizes. Core HRMS and Payroll HRMS are important in helping businesses manage their staff efficiently. So, what are the top 11 HRMS software for enterprises in 2023? Let's take a look at some of the best options available.

What to Look For in an Effective Team Chat Software?

Sending messages or sharing essential files and saving everything in the same place can be tedious without a proper team chat tool. A team-oriented agenda may be explored more deeply if various channels are established. Check out these eight features to learn more about what to look for in team chat software.

Get started with 500apps today

(none) is Part of 500apps Infinity Suite

Still not sure, sign up for our weekly webinar to know more about 500apps infinity suite. Register Today!

Still not sure, sign up for our weekly webinar to know more about 500apps infinity suite. Register Today!